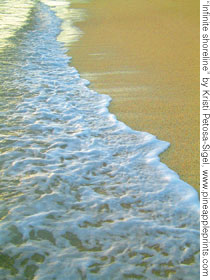 The Underwater Mining Institute (UMI) brings together leaders from academia, industry, and government who share a common interest in marine mining and exploration. For nearly four decades, over 25 nations have been represented at this annual forum to exchange ideas, seek expertise, and share in the excitement of this evolving industry.

Since the first UMI was held in Milwaukee, Wisconsin in 1970, the Institute’s goal—to promote prudent and responsible development of marine mineral resources through technical presentations in venues that encourage informal free exchange—remains strong today. The technical theme varies each year, as does the meeting location and host. Presentations are scrutinized to ensure their contents to be substantive and stimulating. Proceedings are not published nor are sessions recorded without permission from the contributors. Abstracts of the presentations, however, are published for conference participants, and starting in 2008 they will be archived for access at OneMine.org, the digital online library for the mining and minerals community.

The UMI was the catalyst for establishing the International Marine Minerals Society in 1987, a non profit corporation to promote information exchange and international collaboration among its members and is today the primary sponsor of the Institute. Another arm in the development of marine minerals and mining, is the publication, Marine Georesources and Geotechnology, (previously Journal of Marine Mining) consisting of research publications applied to the scientific and engineering aspects, and the management and utilization of seafloor sediments and mineral resources.

All of these elements are attributed to the Institute’s founder, the late J. Robert Moore, whose vision and contributions have laid the groundwork for the success of the UMI far beyond the borders of Wisconsin.

Professor Moore chaired each Institute until his passing. Dr. Charles L. Morgan, a former President of IMMS and longtime worker in the area of seabed minerals, has served as his successor since 1994.

The history of the UMI is best described by its founder, J. Robert Moore in The Underwater Mining Institute: Two Decades of Partnership, as prepared for the 25th celebration of the UMI in Monterey, California, December 1988. 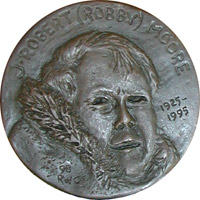 The Underwater Mining Institute was founded by J. Robert Moore, retired professor of marine science from The University of Texas at Austin. Professor Moore was chief marine geologist for the United Kingdom Irish Sea Program in the early 1960s. He became professor of geology at the University of Wisconsin at Madison in 1966 where he founded and directed the Marine Research Laboratory and the Underwater Minerals Program. It was during his tenure in Wisconsin that he established the Underwater Mining Institute, serving as chair and editor-in-chief of its Journal of Marine Mining until 1994.

In 1989 Professor Moore won the Outstanding Career Achievement Award from the International Marine Minerals Society (IMMS). Although he passed on in 1995, the legacy of his lifetime of achievements lives on through the UMI, IMMS, MG&G and the knowledge and passion he instilled in his colleagues and protégés.

Comments or questions about this page go to bays@hawaii.edu. Last update Tue 25 Jan 11.